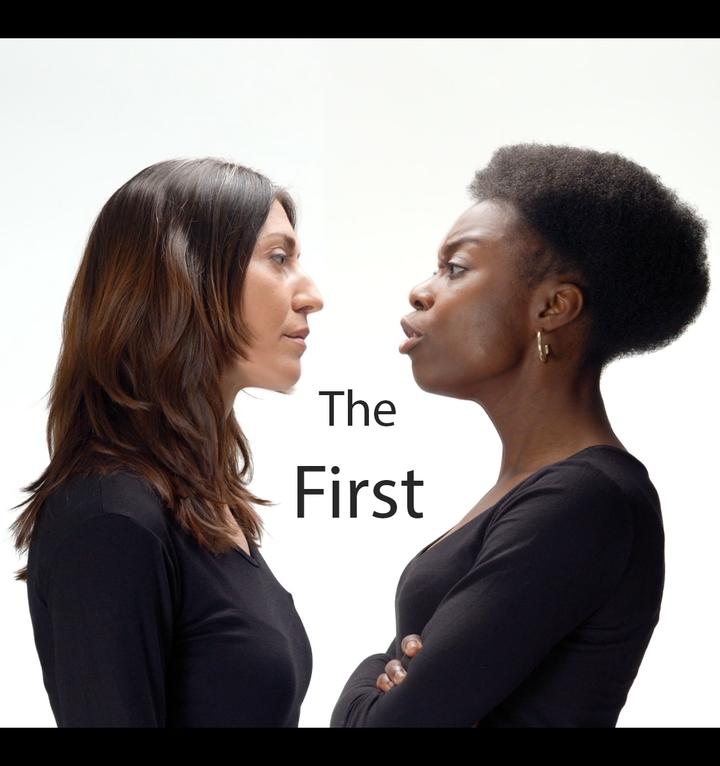 For the third talk in the series Human, Post-human, Machine, the Italian Cultural Institute will screen Dr Ali Hossaini’s and Luca Viganò’s The First.

With an introduction by our Director Katia Pizzi and Emma De Angelis, a panel discussion with Emma De Angelis, Gabriella Giannachi, Ali Hossaini and Luca Viganò, and followed by a Q&A session.

The First is a coproduction of UKRI TAS Hub, RUSI and National Gallery X. The Turing Test is a classic way of distinguishing humans from AI. What happens when humans turn the tables on machines? This film explores a future scenario where the rights of sentient beings clash with freedom, identity and ethical judgment.

Emma De Angelis is Editor of the RUSI Journal, and leads the Conflict, War and Culture initiative at RUSI, the UK’s leading defence and security think tank. She has produced several events on artificial intelligence and the future of security.

Gabriella Giannachi is Professor in Performance and New Media at the University of Exeter, UK. She has published a number of books including: Virtual Theatres (2004); The Politics of New Media Theatre (2007); Performing Presence: Between the Live and the Simulated, co-authored with Nick Kaye (2011); Performing Mixed Reality, co-authored with Steve Benford (2011); Archaeologies of Presence, co-edited with Michael Shanks and Nick Kaye (2012); Archive Everything (2016 and, in Italian translation, 2021); Histories of Performance Documentation, co- edited with Jonah Westerman (2017); Moving Spaces: Enacting Dance, Performance and the Digital in the Museum, co-edited with Susanne Franco (2021); Documentation as Art: Expanded Digital Practices, coedited with Annet Dekker (2022) and Technologies of the Self-Portrait (2022 and in Italian translation, 2023).

Ali Hossaini works at the cutting edge of art, technology and science. His artwork Ouroboros was acclaimed by the New York Times, which calls him “a biochemist turned philosopher turned television producer turned visual poet.” He is co-director of National Gallery X, and one of the founding partners of UKRI Trustworthy Autonomous Systems Hub. He contributed to the IEEE 7000 and 7001 standards on AI governance, and he recently contemplated AI in three creative productions: a short film, The First, and GROUPTHINK, a participatory artwork, and The AI Gallery.

Luca Viganò is Professor at the Department of Informatics of King’s College London, UK, where he heads the Cybersecurity Group. His research focuses on formal analysis of cybersecurity and privacy, and on explainable cybersecurity, where, in addition to more formal approaches, he has been investigating how different kinds of artworks can be used to explain cybersecurity and how telling (i.e., explaining notions in a formal, technical way) can be paired with showing through visual storytelling or other forms of storytelling. Luca is also a playwright and screenwriter. His works have been published and produced in Italy, the UK and Russia.

The Italian Cultural Institute has taken the decision to verify attendee Covid-19 status on arrival at the event. Adults will need to demonstrate either:

Face covering is required during the event, unless exempt. Sanitiser will be provided.