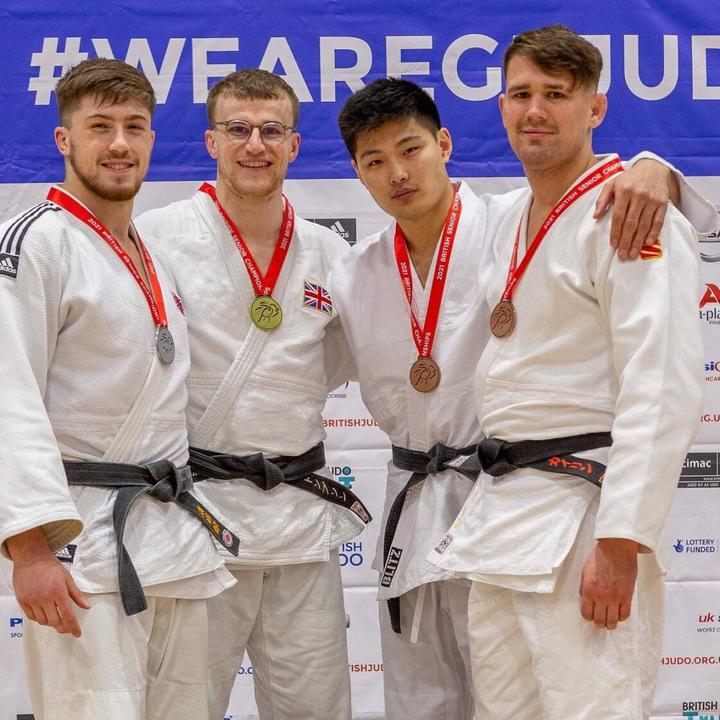 Munkhtulga graduated with BSc degree from KCL and is currently a 2nd year PhD student at Informatics studying Computer Science. He is also a 1st degree black belt judo practitioner and has recently participated in the British National Championship. This is that story…

After roughly two years of little to no training due to world’s circumstances, I was nervous to get back to judo in August 2021. I was remotely engaging in my computer science PhD, having just completed the literature review, from Stockholm, Sweden. At first, only one or two people showed up to the dojo at Midsommarkransen due to the summer break and soon the sessions were full with black belts including the Swedish world-class fighters. These were intense non-stop free-sparring sessions and as much as I tried my hardest to take it easy, these were hard sessions. Since I progressed up gradually to a level where I was competing at the Swedish Nationals before the aforementioned “time-skip”, I could keep up okay then. But now I was breathing and being thrown harder than ever. I had forgotten so much. I had gotten fatter. I needed to start over.

It is not easy to start over. I have to accept I lost the physical advantage (agility, strength, flexibility) everyone hated. I can do nothing but believe my newfound obsession with technique will pay off while often getting countered by beginners during the exploration process. Yet I start over, accept, and believe. I even started to log everything so come another time-skip, I will at least remember my game.

Back to London and out from quarantine in October, I could finally start training at my local Alexandra Park Judo Club. My judo goal is to become a certified coach because teaching is a great way to learn and the first step to eventually opening my dojo. Teaching and training here were perfect for me since the former requires you to critically distinguish your true wisdom from the rest and the club’s friendly atmosphere encourages learning for everyone (this is special because a judoka ages in dog years since the day they start and oftentimes stops exploration early, often ending in their local minimums). I also started training in the famous Budokwai on Thursdays after spending the day on my PhD at the nearby Imperial College (where I am a student too) and heard about the British Nationals coming up. At first, I decided not to participate because PhD is often enough for a single person but eventually had to give up to myself and register.

I decided to participate, which was as much as I had full control over. I turned up despite the doubts and enjoyed the whole day. I made new good friends and made this a great memory for myself and my wife, whom I must thank for being the best cheerleader. I tested my new style and proudly achieved a Bronze, third place in Britain!